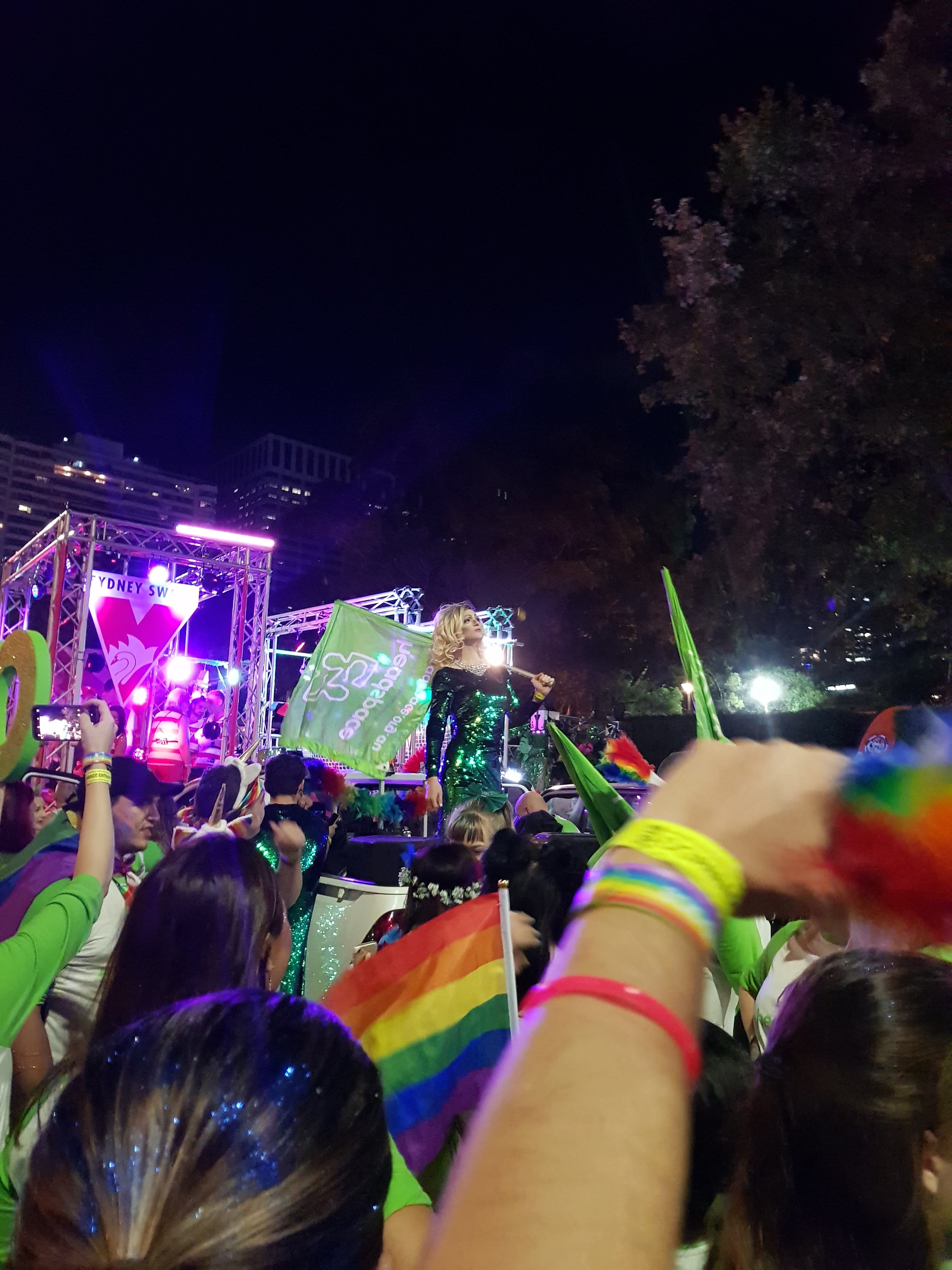 Sarah Tonin’ was #blessed enough to be the headspace drag queen in their 40th Anniversary Mardi Gras parade entry, wearing beautiful headspace green thanks to the unparalleled dressmaking talents of Barbara Collison. 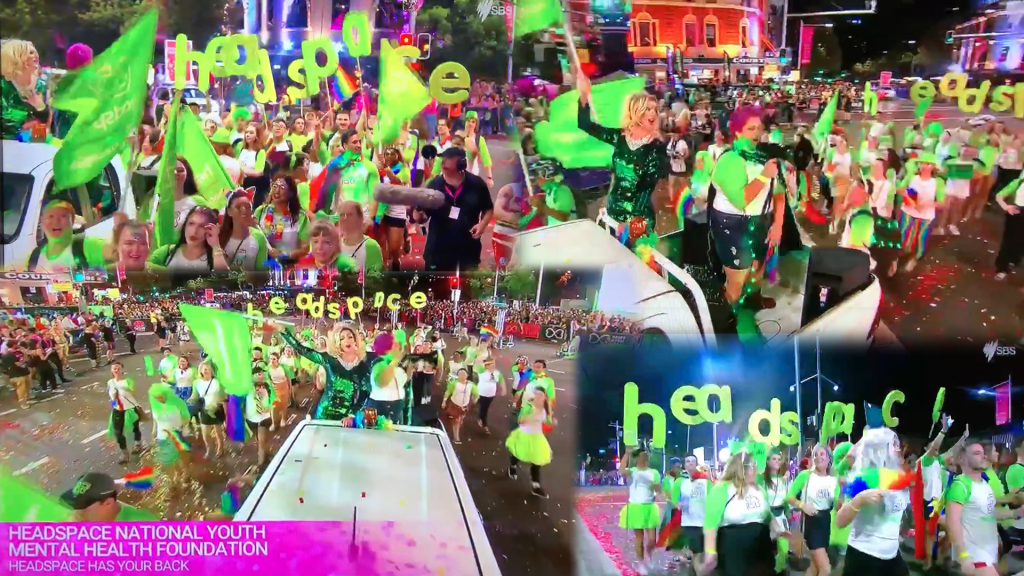 Stretching from Hyde Park to Moore Park, the Sydney Mardi Gras Parade route gleefully disrupts traffic along Oxford St and Flinders St to be viewed by a crowd of 300,000 live spectators and who-knows-how-many television / online viewers.

On 3 March 2018 at around 9:15pm, which was remarkably close to the clever marshalers’ estimate, the headspace entry kicked off, with at least one lazy member of the party forgoing the march to do nothing more than stand in the back of the ute and wave a flag around. 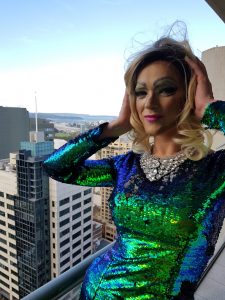 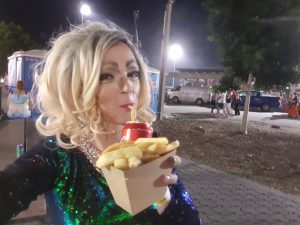 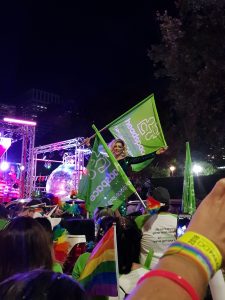 A lot of foundation, grit and tears.

To bring the recognisable Mardi Gras iconography of a drag queen; together with the new-age ethos of self-identification and reduced emphasis of labels; into one bitchin’, high-energy parade entry.

A night of such positivity and euphoria that a pithy WordPress post couldn’t do it justice, helped in no small part by the enthusiasm and energy of the headspace youth reference group.